How the Islamic World was Forged: An Exercise in Common Sense 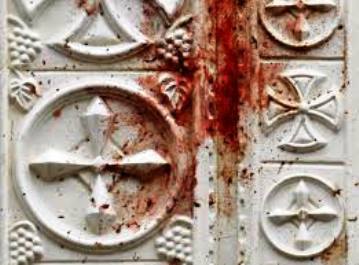 Source: How the Islamic World was Forged: An Exercise in Common Sense

What made non-Muslims convert to Islam, leading to the creation of the Islamic world?

Early historical sources—both Muslim and non-Muslim—make clear that the Islamic empire was forged by the sword; that people embraced Islam, not so much out of sincere faith, but for a myriad of reasons—from converting in order to enjoy the boons of being on the “winning team” to converting in order to evade the dooms of being on the “losing team.”

Modern day Muslims and other apologists—primarily in academia, government, and mainstream media—reject this idea. They argue that the non-Muslims who embraced Islam did so from sheer conviction; that the ancestors of today’s 1.5 billion Muslims all converted to Islam due to its intrinsic appeal; that the modern day coercion and persecution committed by the Islamic State and other organizations is an aberration.

Of course, as mentioned, the primary texts of history are full of anecdotes demonstrating the opposite. However, because ours is an increasingly ahistorical society, in this essay I endeavor to show that sheer common sense alone validates what history records, namely, that the Islamic world and its populace was forged through violent coercion.

To do so, I will use Egypt—one of the most important Muslim majority nations and my ancestral homeland—as a paradigm. I will show how a historic fact that Islam’s apologists habitually boast of—that there are still millions of Christians in Egypt (approximately 10% of the population)—is not proof of Islam’s tolerance but rather its intolerance.

In the 7th century, when Islam was being formulated, Egypt had been Christian for centuries,[1] before most of Europe had converted. Alexandria was one of the most important ecclesiastical centers of ancient Christian learning and, along with Rome and Antioch, one of the original three sees.[2] Much literary and ongoing archaeological evidence attest to the fact that Christianity permeated the whole of Egypt.

Writing around the year 400—roughly two-and-a-half centuries before the Arab invasion—John Cassian, a Christian monk from the region of modern day Romania, observed that

the traveler from Alexandria in the north to Luxor in the south would have in his ears along the whole journey, the sounds of prayers and hymns of the monks, scattered in the desert, from the monasteries and from the caves, from monks, hermits, and anchorites.[3]

And in recent times, both the oldest parchment to contain words from the Gospel (dating to the 1st century) and the oldest image of Christ were discovered in separate regions of Egypt.

Possibly oldest known image of Christ, found in Egypt and dating to the 1st century
The question now becomes: what made such an ancient and heavily Christian nation become Islamic? More specifically, what made the ancestors of today’s Egyptian Muslims—most of who were Coptic Christians—convert to Islam?

For an objective answer to this question, a completely overlooked factor must be considered… KEEP READING